The Philippines and Japan make natural friends and, if they’re careful, lasting ones

On September 3, China will celebrate the 70th anniversary of the end of the Second World War. The date is an annual holiday the Chinese call ‘Victory against Japan Day.’ This year’s anniversary will be marked by a series of ceremonies that will culminate in a grand military parade in Beijing, at which close to 50 world leaders or their representatives will be in attendance. The celebrations will undoubtedly draw attention from international observers, not least to see the latest in Chinese military hardware, some of which–like the DF-41 intercontinental ballistic missile–may be publicly displayed for the first time.

Japanese Prime Minister Shinzo Abe had confirmed that he will no longer be attending the celebrations. Official word has it that Abe will be focused on parliament while it debates his proposed security legislation that would expand the mandate of Japan’s self-defense forces; press reports say that Abe cancelled his trip to better align himself with the Western leaders avoiding the parade because of China’s behavior in the South China Sea. In either case, Abe’s decision is another step in what appears to be a progressing discord between the two countries over the best way to handle past and present disputes.

Japan must tread carefully in Northeast Asia, where memories of the Second World War continue to ignite strong sentiments among leaders and the general public. A 2014 survey conducted by the Pew Center, for example, found that only 22% of South Koreans had a positive view of Japan, while 56% had a positive view of China. In China, only 8% see Japan in a favorable light. Although Abe expressed his “sincere condolences” to the victims of the war earlier this month, he drew ire in both China and South Korea for not issuing a fresh apology or reaffirming the language of previous apologies. Abe’s remarks that future generations of Japanese should not be “predestined to apologize” met particular push-back.

According to Pew Research Center: 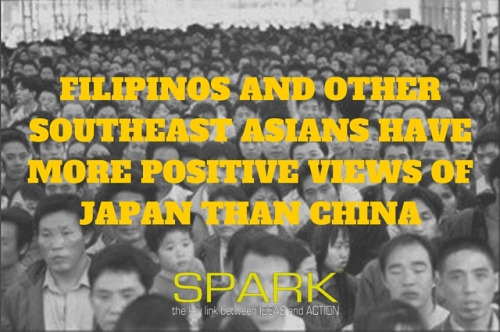 Japan is more easily welcomed in Southeast Asia, where war-time sentiments are felt less powerfully. Decades of Japanese trade and development assistance have largely succeeded at rebuilding goodwill toward Japan. The Pew survey found that in the five Southeast Asian countries included in the study, the percentage of people with positive views of Japan was consistently in the majority and outweighed that of those with the same views of China. In Indonesia, the figures are 77% for Japan and 66% for China; in Malaysia, 75% for Japan and 74% for China; and in Thailand, 81% for Japan and 72% for China.The gap between the two countries was largest in the Vietnam and the Philippines, the most active claimants in the South China Sea disputes. In Vietnam, 77% had a favorable view of Japan and only 16% had the same of China, and in the Philippines, 80% had a positive view of Japan and 38% had a positive view of China.

The poor views of China in Vietnam and in the Philippines coincide with a period of blunt Chinese activity in or near the disputed territories. In 2014, China placed an oil rig only 120 miles off the coast of Vietnam; 18 months prior, it took over Scarborough Shoal, 125 miles from the Philippine coast.In the Philippines, the popular views are reflected in the national leadership. President Benigno Aquino has made five visits to Japan since coming to office in 2010. In contrast, Aquino has made only two to China—the first in 2011, prior to the Scarborough Shoal affair, and the second for the China-hosted APEC meetings in 2014. Japan’s relative importance to the current administration is even clearer when taken in comparison to its predecessor: former President Gloria Macapagal-Arroyo made seven visits to Japan and fifteen to China over her ten-year stay in office.

Japanese trade with and development support for the Philippines and other Southeast Asian countries, both hallmarks of Japanese diplomacy since the 1970s, are understood to be part of a broader strategy intended to secure the trade routes that the country depends on for survival. Freight vessels carrying vital goods—like petroleum products and other commodities—travel along sea-lanes of communication (SLOCs), or established naval routes, to deliver materials to and from Japanese ports. Almost 60% of Japan and Taiwan’s energy supplies flow through the South China Sea. Within current restrictions, Japan’s Maritime Self-Defense Forces only defend SLOCs within a thousand miles from the country; Japan relies on good relations with other countries for patrolling beyond that radius, which excludes the entirety of the South China Sea.

Given this reliance, Japan’s maritime strategy beyond Northeast Asia has been primarily to help the countries straddling the SLOCs engage in trade and remain stable. If the ‘littoral’ countries should have strong stakes in the trade that connects Japan with the Indian Ocean and the Persian Gulf, they would also have interests in protecting that trade by repressing piracy and preserving the region’s peace. To help them do so, Japan funds multilateral anti-piracy efforts and deploys its Coast Guard in training exercises to help build the capacities of its Southeast Asian counterparts. Two exercises have been held this year with the Philippines—in May in Manila Bay, and in July in the high seas beyond Palawan. 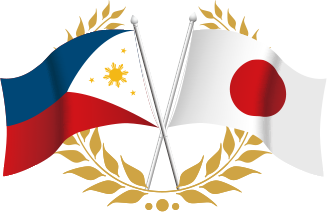 Japan and the Philippines have slowly deepened their security relationship.

When China changed its tone in the South China Sea around 2009, Japan noticed. By the time what was called ‘assertiveness’ on China’s part turned to ‘aggression,’ the heightened concerns felt in Manila and Hanoi were shared by Tokyo. Japan’s economic need to preserve the stability of its SLOCs, when combined with historical difficulties in China-Japan relations and yet another maritime territorial dispute in the East China Sea, help account for this. In Tokyo, as in Washington, the South China Sea has become viewed as a bellwether for China’s relations with other countries.

Thus, after Abe re-assumed the post of prime minister in 2012, he introduced plans to revise the constitutional limitations on Japan’s military to allow it to come to the assistance of friendly nations; these proposed revisions are what is keeping Abe in Tokyo despite this week’s parade in Beijing. Since 2013, when the Philippines and Japan agreed in Tokyo to elevate their ties to a ‘strategic partnership’, the two countries have slowly deepened their security relationship.

In April, the Philippine Department of Transportation and Communications awarded a bid to Japan Marine United Corporation for the building of ten multi-role response vessels for the Philippine Coast Guard, under a project financed by a $150 million low-interest loan from Japan. During his latest visit in June, Aquino and Abe agreed to negotiate an agreement on defense equipment transfers. Just as notably, Aquino told the press that his administration would also begin negotiating a Visiting Forces Agreement with Tokyo. The Philippines already has similar agreements with the United States and Australia.

Despite their respective treaties with the United States, Philippines-Japan cooperation is not usually channeled through the Western power. The hub-and-spokes structure of US alliances in East Asia means that the Asian countries have never had an obligation to come to each other’s aid nor discuss their respective security situations with each other. The better ties between Japan and the Philippines are a product of each countries’ shared concerns about China’s activities in their respective sub-region.

As expected, Japanese and Filipino—as well as Japanese and Southeast Asian— moves toward stronger security cooperation are not welcomed in Beijing. As early as 2004, funding for the multilateral anti-piracy efforts was written about in a Chinese military newspaper as Tokyo “using the fight against piracy as an excuse to cover Malacca with its military attack power.” While Japan and the Philippines might make for easy friends, both countries should keep aware of how a strong partnership may be perceived.

In addition to the international consequences of closer ties, both the Abe and Aquino governments will need to manage domestic political opinion wisely. Abe’s plans to relax the constitutional limits on Japan’s military is not expected to easily pass through parliament. Japanese protesters, many of whom are elderly, contend that this would be the beginning of the end for Japan’s post-war pacifism. This may be a potent argument when the world turns its eyes to this week’s memorial activities and parade in China.

In the Philippines, the Aquino administration—and any future administration—need only look backward to the Japan-Philippines Economic Partnership Agreement (JPEPA) to see how shifts in domestic opinion can challenge the national government’s ability to proceed with international partnerships smoothly. The JPEPA deal had been opposed by Filipino environmental groups concerned about the possibility of toxic waste materials entering the country. To accommodate Philippine domestic concerns, the two countries signed a separate agreement clarifying that neither would lower their environmental standards to facilitate the implementation of the deal.

Similar domestic political accommodations may need to be made if or when the two countries negotiate again.