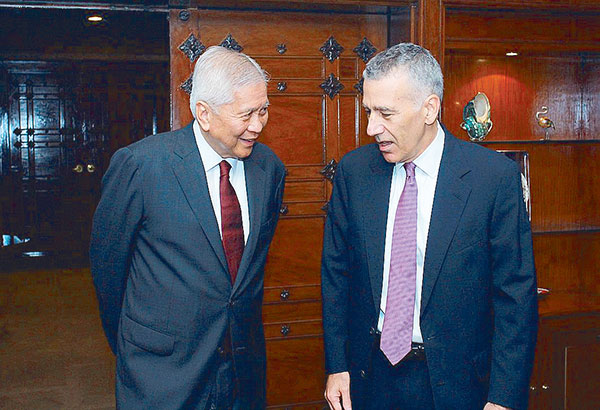 US Ambassador Philip Goldberg hosted a small dinner at the embassy residence with friends of the United States to honor recently retired Foreign Affairs Secretary Albert del Rosario — a gesture that displayed the highest regard by which the United States holds the Secretary.

The US is our closest ally and while it is not surprising that America has consistently been supportive of the Philippines, there is no question that the relationship between our two countries is closer than ever, thanks in large part to the work of our country’s top diplomat.

In fact, during Del Rosario’s first foray into the diplomatic world as the Philippine Ambassador to Washington in 2001, he became very popular with the Filipino community in the US. He even managed to elevate bilateral relations in many areas of cooperation that included counterterrorism as well as trade and commerce.

As Foreign Secretary, he has parlayed the situation we are facing with China to deepen the ties between Manila and Washington, standing firm on his conviction that we should not be daunted, taunted or intimidated by big bullies. Even when other nations were virtually telling the Philippines to stop discussing the maritime dispute with China during regional meetings — in fact, his microphone was even turned off during one such occasion — Del Rosario stood pat on the conviction that we are on the right track, and that history is on our side.

Goldberg noted that the relationship between his country and ours has never been better, and he expressed his appreciation and gratitude to Del Rosario for the great strides that we are seeing in the bilateral ties between the US and the Philippines.

In his toast, the American diplomat said the Secretary will be missed by the United States — but that he also deserves to rest after all the hard work and sacrifices he has made for his country.