We are pleased to share with you our January occasional paper, entitled “The 2018 Budget as a National Development Tool: Some Caveats”. Written by Mr. Louie Montemar, the paper examines certain aspects of the national budget and highlights issues to clarify its importance as a policy tool in the overall development approach of the current administration.

The 2018 national budget is the first full financial plan crafted under the Duterte administration. Looking closely at the budget, the government’s top priorities are infrastructure, agriculture, interior and local government, and health.

Mr. Montemar raises two important questions: Where will these funds be generated from? Which sectors and communities will benefit?

A third of the total 2018 budget will support the administration’s aggressive “Build, build, build!” campaign. Putting the infrastructure program at the top of the agenda is expected to result in numerous economic gains. To finance investments in national programs, the government has pushed for a tax reform program. Unfortunately, the expected benefits from the government’s infrastructure drive may not be enough to counter the unsettling effects of higher prices resulting from increased taxes.

In analyzing the national budget, the author also raises some caveats. For example, the author points out that most big-ticket sectors have bigger budgets for their central offices rather than all their regions combined. The bulk of infrastructure allocation is also directed towards Luzon, rather than Visayas or Mindanao. The paper concludes by identifying challenges that the government must overcome for the budget to become a more effective development tool. 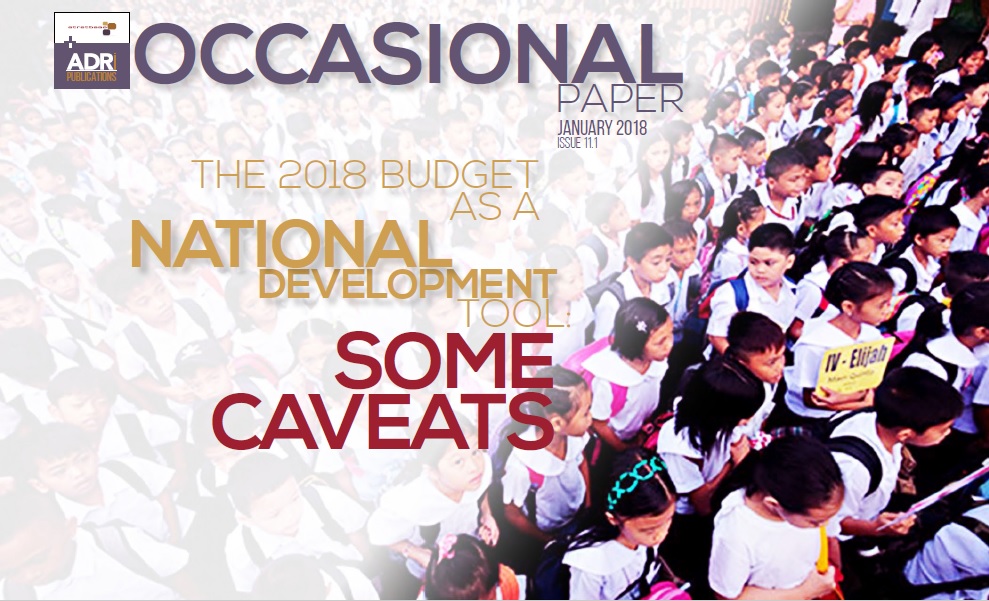