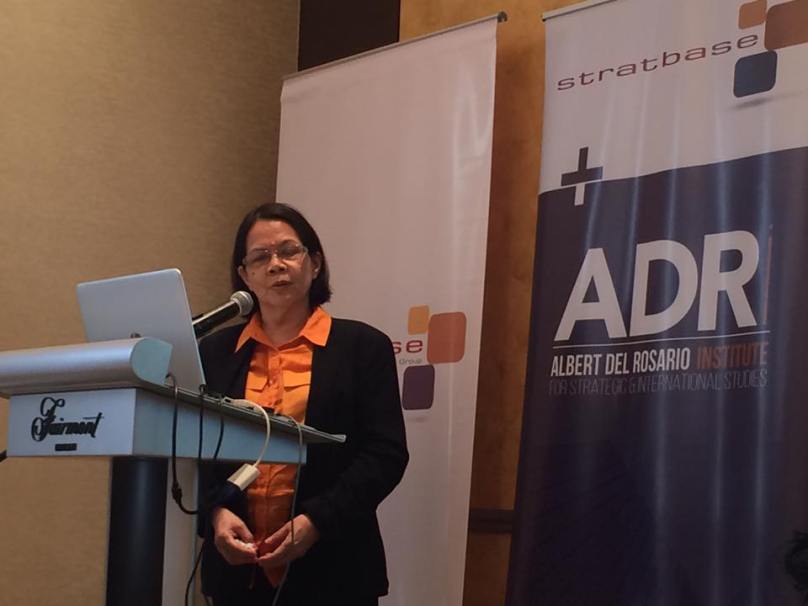 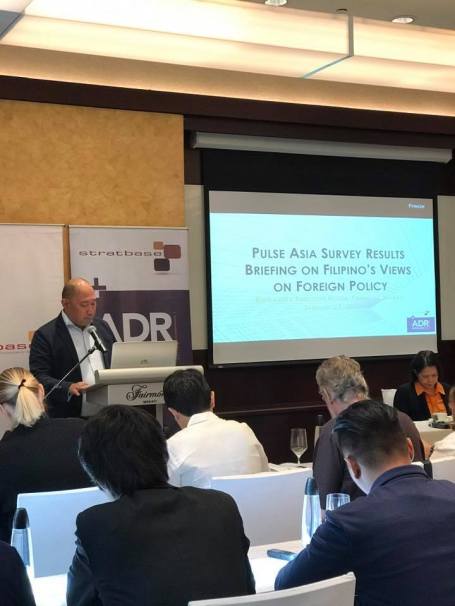 In December of last year, the Stratbase Albert del Rosario Institute (ADRi) and Pulse Asia worked to measure the public’s receptiveness to the country’s foreign policy shift. In its nationally representative survey, the Pulse Asia team asked Filipinos about the government’s approach to the West Philippine Sea and about the Philippines’ relationships with the United States, China, and Russia.

In this regard, a briefing on the results of the Pulse Asia survey was held on 27 January 2017 at the Buenavista Function Room of Fairmont Hotel, Makati City.

Pulse Asia Director for Research Prof. Ana Maria Tabunda presented the results among the audience, while designated reactors were Stratbase ADRi Trustee Prof. Renato de Castro and Prof. Jay Batongbacal,  Director for the Institute of Maritime Affairs and the Law of the Sea of the University of the Philippines.