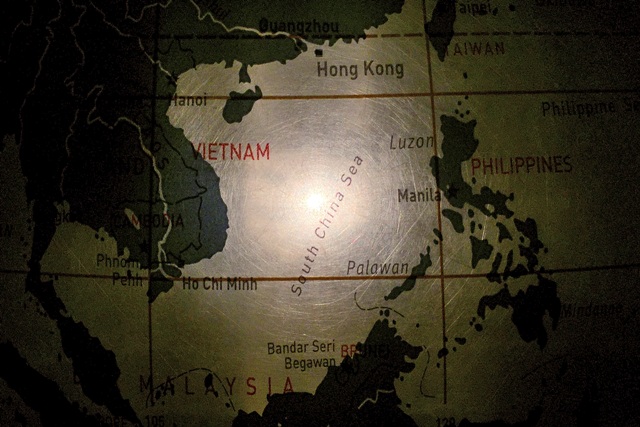 In this May 1, 2016, photo, an illuminated globe shows the South China Sea at a museum in Pathumthani, Thailand. Seeking to calm escalating tensions in the South China Sea, top generals from China and the U.S. spoke by phone and said they were ready to work out an effective mechanism to prevent confrontation and maintain stability in the region. AP/Charles Dharapak

Washington-based ADR Institute for International Studies (ADRi) noted that the pending arbitration case against China should be one of the major policy decisions that the incoming administration should address.

“While Asia recognizes that China has long been an important force for economic prosperity and security in the region, there is resistance when Beijing becomes overzealous in asserting this dominance,” ADRi President Dindo Manhit said.

However, these nations fear that China may feel the need to change rules around security and economic norms in the Asia Pacific, Bower said.

“China will be an influential and positive force for economic prosperity, regional security, and peace if it takes time to listen to its neighbors and partners. That is an outcome the rest of the world has a great interest in promoting,” Bower said.

Bower further noted that China’s neighbors are anxious about advancing their economic engagement by increasing trade and investment with Beijing.

Manhit added that sustaining the Philippines’s economic partnership with China should be seen as a complement to the naval deployment of United States forces and bilateral alliances with East Asia.

The Philippine Foreign Service should include political and economic reporting, trade promotion, negotiation and pushing for the passage of the National Security Act, Manhit said.

Manhit noted that these will lead to a whole-of-government approach to foreign policy and national defense.

The Permanent Court of Arbitration under the United Nations is expected to issue its ruling on Manila’s case against the nine-dash line claim of Beijing in the South China Sea this month.