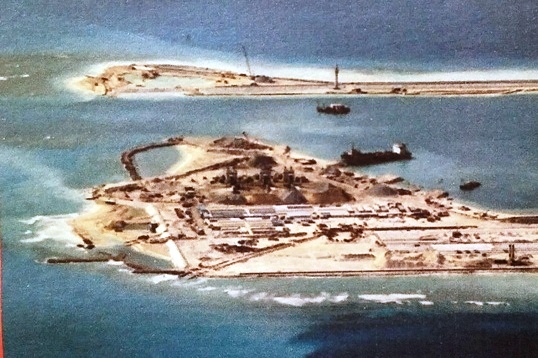 Sen. Panfilo Lacson said allegations that quarrying and smuggling in Zambales are part of China’s reclamation activities in the South China Sea should be investigated. Armed Forces

MANILA, Philippines – The Senate blue ribbon committee will conduct an inquiry into Chinese mining operations and illegal excavations in Zambales.

Sen. Panfilo Lacson sought the inquiry through Senate Resolution 92 to determine the  extent of the excavations and identify the individuals who must be held accountable.

“There is a need to account for personalities behind this highly anomalous, illegal and treacherous acts that tend not only to destroy our environment, but also make a mockery of our laws to the prejudice of the Filipino people and constitute a possible breach of our national security,” Lacson said.

He said allegations that quarrying and smuggling in Zambales are part of China’s reclamation activities in the South China Sea should be investigated.

He said an assessment of the areas affected by the mining firms’ “wanton act of destruction” should be undertaken.

Meanwhile, an environmental advocacy group and a private think tank have expressed support for the declaration of the Spratlys as a marine protected area.

“There must be a conscious effort to protect the remaining coral reefs and preserve marine resources,” Ysan Castillo, secretary general of the Philippine Business Environmental Stewardship, said during a recent forum.