The complexities of the West Philippine Sea and South China Sea disputes encompass not only the legal and geopolitical challenges faced by the Philippines and China, but also they extend to the environmental damage wrought by destructive fishing and construction practices in the contested areas. Yet, despite the importance of the preserving the health of marine ecosystems for the Philippines and the entire region, the environmental question is rarely at the front and center of the national discussion.

For this reason, the Stratbase-Albert Del Rosario Institute (ADRi) dedicated a third forum on the West Philippine Sea to the topic of the environment, held yesterday at the Don Enrique Yuchengco Building in De La Salle University-Manila.

Distinguished speakers include Sec. Albert F. Del Rosario, Chairman of the Stratbase-ADRi and Former Secretary of the Department of Foreign Affairs; Hon. Antonio T. Carpio, Senior Associate Justice of the Supreme Court of the Philippines; Dr. Ma. Carmen A. Lagman, Professor at the College of Science of the De La Salle University; and Mr. Aurelio Montinola III Chairman of the World Wildlife Fund (WWF) Philippines. 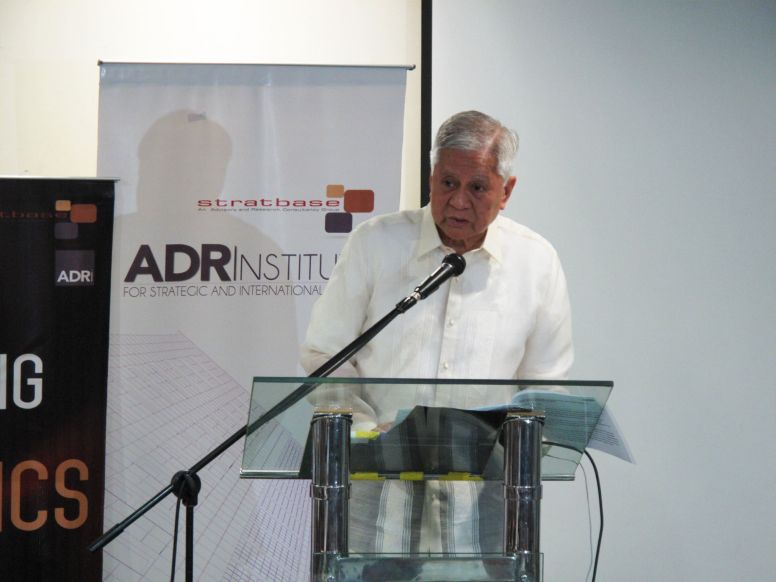